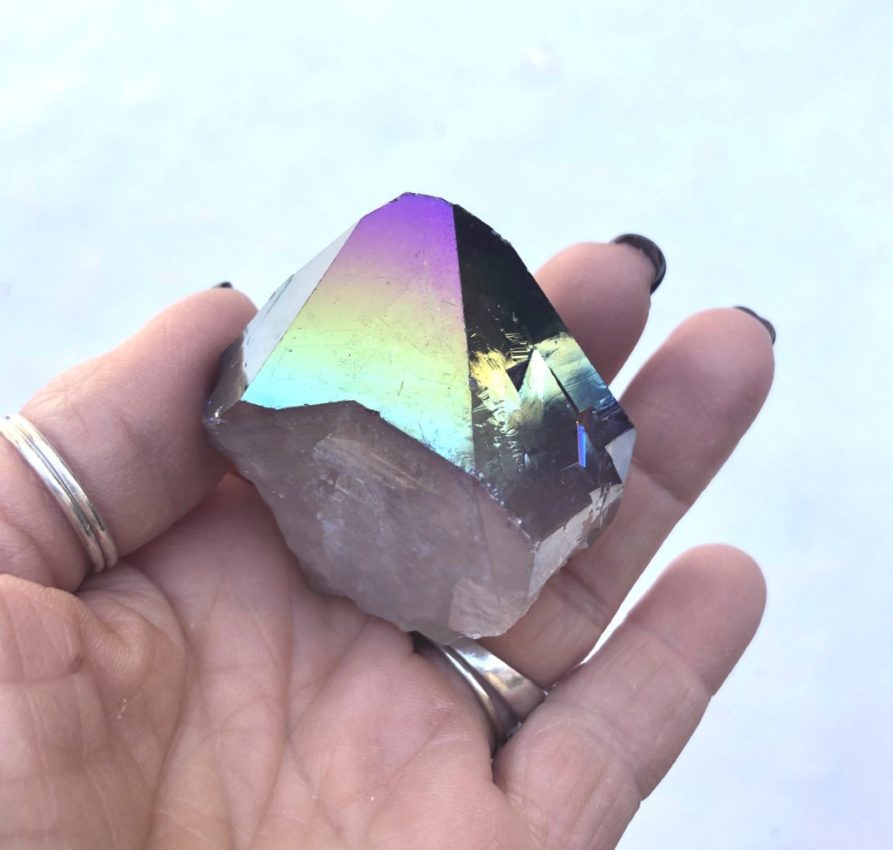 The Science And History Of Crystal Energies

Since the dawn of humankind, crystals and stones have been admired and treasured not only for their beauty, but for their magic and energy. Ancient cultures were drawn to crystals and stones, and believed them to have various meanings and protection properties. Though they had no way to prove these beliefs, quantum physics has uncovered key facts that may explain what the ancients instinctively knew so many years ago.

The use of crystals has been recorded as far back as the time of the Ancient Sumarians, who emerged as a culture around 4000 BC. Crystals were used by these people in magic formulas and jewelry. Below I note a few cultures along with their beliefs and utilization of crystals.

Romans: Carried talismans and amulets for protection, healing and prosperity

Egyptians: Crystals were thought to help guide the deceased to the afterlife. Pharaohs and priests would carry quartz to balance the energies of the body.

Ancient Greeks: Soldiers would dust themselves in crushed Hematite for invincibility during battle.

India: The Vedas, one of the oldest Hindu scripts, documented the specific healing properties of individual crystals.

These are only a few examples of the widespread usage of crystals by ancient cultures. The method of healing through crystals, however, dates back to 17th century Germany. Since then the practice has been revived and is still used in the New Age circles of the Western world. Many believe these practices were merely superstitious or religious in nature, so they ask; why is it that some still believe in crystal healing today?

Today we understand that all things in this universe are forms of energy with their own frequency and vibration. “The revelation that the universe is not an assembly of physical parts, suggested by Newtonian physics, and instead comes from a holistic entanglement of immaterial energy waves stems from the work of Albert Einstein, Max Planck and Werner Heisenberg, among others. ”(collective-evolution.com) This has been proven many times by multiple Nobel Prize winning physicists. Indeed our world is far from what we seem to naturally become aware of it as, and thus dismiss the true power of energy and the mind.

Our next step in understanding the modern use of crystals is describing the work of Nikola Tesla, the Serbian-American inventor, electrical engineer, mechanical engineer, physicist, and futurist who proved that one form of energy can alter the vibrational resonance of another. “Hence, a crystal – which vibrates at its own frequency oscillations – vibrates within our own energy field through the physical law of resonance and creates a larger vibrational field, affecting the nervous system and transmitting the information to the brain. In essence, these connecting vibrations can harmonize frequencies and stimulate biochemical shifts that affect physical health in a positive, healing way.” (quantumstones.com Author: Stephanie Lucas)

Different crystals and stones are thought to possess different vibrational frequencies, making one more beneficial for a specific ailment or problem than another. Holistic healers have found endless healing uses for different crystals.

I’ll leave you with this quote from Richard Conn Henry, Professor of Physics and Astronomy at Johns Hopkins University: “Get over it, and accept the inarguable conclusion. The universe is immaterial-mental and spiritual” (quote taken from “the mental universe)